Lewter began training with some of the best pro boxers and trainers in boxing. Including countless sparring sessions with fighters like Pernell “Sweet Pea” Whitiker, Vernon “ The Viper”

On May 5th of 2000, Lewter won the W.B,C. Continental Americas middleweight title with a 9th round K.O. in Dallas, TX. In June 2004, at The Harriet Himmel Theater, “Dangerous Dave” won his last professional bout acquiring a respectable record of 22 wins (15 knockouts) and 4 losses. Dave has also received a black belt from 5x 3 division world kickboxing champion Steve Shepherd.

In 35 years of training fighters Steve only awarded 15 black belts, and Dave got his in a record time of only 18 months. In recent years, Dave has been one of the most sought after teachers and trainers in south Florida. His 26 years of experience bring a wealth of knowledge to those who want to follow in his footsteps, or simply train to attain their highest level of fitness. He has trained people of all ages and backgrounds, including other professional athletes like Serena Williams, Marc Blount, Kevin Jones, and Anquan Boldin and more… In 2017 Dave added to his accomplishments an induction into the Florida boxing Hall of Fame.

HELPING YOU GET FIT AND HEALTHY WITH DAVE LEWTER

Let Dave Lewter Create A Personal Training Session For you

Get A Free Assessment

See what our clients have to say

I can without a doubt say that Dave Lewters Boxing Class and Gym are by far the best mental and physical workout.There is nothing better then feeling like you can do just about anything when your done with Lewters class.Dave is so passionate when it comes to teaching or talking with one of his students.If your looking to get into shape and learn something that is very valuable,coming to Dave Lewters Gym is the best thing for you. 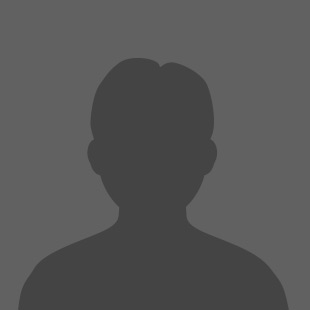 Robert Adams
Client
No matter how long the day may be, I walk through the door of Dave Lewter’s Boxing & Fitness and I feel my mood start to change. Twenty minutes in and I am sweating….and smiling. I know all about endorphins and such. But its more than that. The atmosphere is challenging and encouraging, welcoming all levels to come in and thrive. Its Dave. He really gets people. Somehow he brings a level of warmth to the sport of boxing, making it an attainable hobby, or more, to everyone who enters the door. Thanks Dave!

Linda Brownstein
Client
I have had the most enjoyable experience attending Dave Lewter’s Boxing and Fitness. I first joined the gym to exercise and learn the technical form of boxing, but my journey has developed into so much more. It was apparent from day one how eager and enthused Mr. Lewter is about his instruction. It is hard to put this into words, but every class seems almost “magical” in the sense that Mr. Lewter’s passion really seems to shine through. His love of boxing is very apparent throughout the gym. My expectation of exercise and learning a new sport have been far exceeded. I would recommend this boxing school to anyone of any age.